Even The Missing Funds Are Bigger In Texas 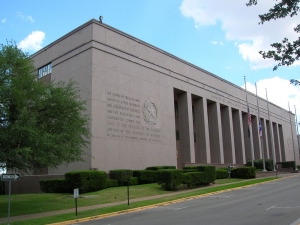 They say that everything is bigger in Texas. Texas toast takes up half your plate, a Texas-sized rib-eye most of your table and, heck, even the state is bigger than most in the union (Second only to Alaska). Yet it turns out that toast, steak and the state’s boarders might not be only thing large enough to garner attention from non-Texans everywhere. It turns out that missing funds in Texas are growing ever larger and the size of these errant funds are causing state treasurers to go into a panic.

Right now an officer at the state treasury might be opening a check that is to be added to the massive pile of Texas missing funds that is already being stored. This money isn’t going anywhere anytime soon. According to the law, the rightful owner of the Texas missing funds must step forward before the money is to be divvied out. With very few people coming forward, mostly due to the silence surrounding the Texas missing funds problem, and with millions upon millions of dollars flowing into the treasury office every year, it should be clear to Texans and non-Texans alike that something must be done; and soon.

The Lone Star State’s Answer To Missing Funds In Texas?

Like the state’s bird, the mockingbird, an up-and-coming database has recently swooped in to try and solve the Texas missing funds problem. The web-based database merely requests a first and last name before it gives an immediate search result. If you discover that you have missing funds in Texas, you will be able to claim that money, thus helping to alleviate the state’s financial burden for good.

The database’s name is Cash Unclaimed and the initial search won’t cost you a thing. It only takes a moment and there are billions of dollars to be found. Even if you used to live in Texas, you still might have missing funds in Texas coming to you.

Put your luck to the test, visit the Cash Unclaimed database and dip your hand into the Texas-sized pile of missing funds.

This entry was posted on Wednesday, August 21st, 2013 at 10:27 am and is filed under missing funds. You can follow any responses to this entry through the RSS 2.0 feed. Both comments and pings are currently closed.