How Do You Conduct a Missing Money Search?

Thanks to the wonders of the Internet, anyone can find missing money with a few clicks of the button. It’s not uncommon for people to find checks for hundreds of dollars using a simple money search from the home or office. Most are completely surprised when they do find money. That’s because most people have no idea that they have money out there. If all Michigan residents conducted a missing money search, the missing money problem wouldn’t be what it is today.

Sources for the Missing Money Problem

Much of the Michigan missing money problem originates from money that was owed to someone before they passed away. This money is held in a limbo account and isn’t claimed until the individual or organization comes forward. Then there are the cases of abandoned bank accounts, treasury accounts that have been left untouched for years, child support payments that never reached the intended recipient and even payroll checks that were never cashed. 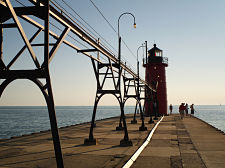 While the state isn’t exactly clear on just how much money there is, most states are holding onto billions of dollars worth of unclaimed money. Conduct a missing money search and you just might find that you have more cash than you ever suspected waiting on you.

This entry was posted on Wednesday, January 9th, 2013 at 4:01 pm and is filed under missing money. You can follow any responses to this entry through the RSS 2.0 feed. Both comments and pings are currently closed.