Most people become completely flabbergasted to learn that they have unclaimed money coming to them. The reason is obvious. Money is so coveted and in such limited supply that you know when you have it and you definitely become aware of it when you don’t even have two bills to rub together. So when a person is faced with the prospect of finding hundreds or even thousands of dollars in unclaimed money, the question becomes clear. How does money become unclaimed to begin with? The following should help to clear the matter up permanently. From your very first bank account to the first apartment you ever rented, the sources of unclaimed money are sure to surprise you.

To further explain how money becomes unclaimed, let’s examine a few common cases that regularly contribute to the problem. Unclaimed money can come from bank accounts that people completely abandon, it can come from child support payments that were never allocated to the child in need, security deposits that were returned but never cashed and payroll checks that became forgotten due to a job change. Just when you think you understand where unclaimed money comes from, more sources of the funds continue to pop up. It’s an unending problem that can only be solved by the rightful owners of the money in question. 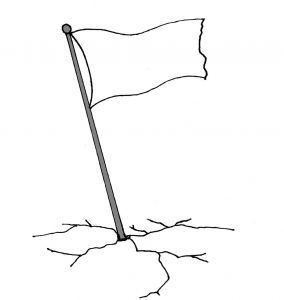 To find unclaimed money and to trace the progression of any money that you may have left behind years ago, visit Cash Unclaimed. Considered one of the largest databases of its kind in the world, Cash Unclaimed will teach you how money becomes unclaimed and will help you conduct an instant search. If money is found, you can claim it quickly. It’s a fast and efficient process that should help to alleviate the unclaimed money problem once and for all.

Do your part to solve this problem and put money in your pocket at the same time. Now that you know how money becomes unclaimed, you can trace the progression of your own funds as well as conduct a search to finally put the mystery to rest. Do you have money coming to you? Search Cash Unclaimed today and find out.

This entry was posted on Friday, February 14th, 2014 at 2:21 pm and is filed under unclaimed money. You can follow any responses to this entry through the RSS 2.0 feed. Both comments and pings are currently closed.