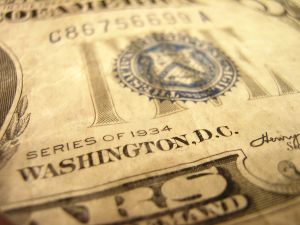 Every year various sums of money get put into escrow for various reasons, usually in the process of buying or selling a house, and the money gets left there. Sometimes a portion of the amount of money will be removed, but that still leaves at least a tiny bit of that ‘lost escrow’. When this escrow money goes missing, it ends up being sent to the state treasury where it’s kept with the state’s other unclaimed money accounts. To claim lost escrow amounts that may belong to you or someone close to you, you are encouraged to use the Internet, the easiest way to search for lost escrow accounts yet.

You don’t usually hear about people trying to claim lost escrow amounts, but there are millions of dollars out there to be claimed, if we’re talking on a nationwide scale. Instead of contacting the treasury and going through a ton of red tape, you’re encouraged to visit the Cash Unclaimed database where you can search for lost escrow account information using nothing more than a first and last name.

There are all kinds of reasons escrow funds can become lost besides it just being left behind once everyone involved in your loan gets their compensation. There is usually always a rather large pad going into escrow to cover unforeseen things especially if it was a new purchase. They have to take all the title and recording fees into consideration as well as if the cost of the appraisal or any inspections vary. Also there is a charge per day that the actual loan is with the title and escrow company so if your pad was for a 45 day close and it closed in 30 then there should be money coming back to you there as well. In most cases these funds are refunded immediately with the closing of the loan regardless of it being a new purchase a just a standard refinance but in some cases the money is held after the close, either because the close happened much faster then title or escrow anticipated or that all of the required actions in the new loan have not yet been met.

Now that it is so much easier to understand how different amounts of money are lost when closing out of escrow you can start to see why this can become such a big problem. The fact of the matter is that there are almost 100 different ways your money can get lost nationwide and it really is your responsibility to keep track of it. It’s not like you wouldn’t benefit from having all your hard earned cash in one place and in your possession

compared to paying out government employees through our tax money to monitor it for you.

If the name you enter matches one of the names on the nationwide registry, you will be able to claim lost escrow amounts by following a few steps. First you will need to verify that you are who you say you are. This typically involves sending the treasury a copy of your driver’s license, social security card and birth certificate, or some derivation. Then you will need to provide an address or bank account information so that the lost escrow funds can be forwarded to you quickly and efficiently.

The U.S. and state treasurers want nothing more than to return these lost escrow accounts to the rightful owners. Help them conduct a nationwide search by doing the searching for them. Log onto the Cash Unclaimed database and search for and try to claim lost escrow amounts. Then spread the word to your friends, family and everyone you know so that others can potentially claim any lost escrow funds they may have lost sometime during their life.

This entry was posted on Thursday, June 20th, 2013 at 3:53 pm and is filed under lost escrow amounts. You can follow any responses to this entry through the RSS 2.0 feed. Both comments and pings are currently closed.