How Bank Accounts Work And Why They Become Abandoned

It’s pretty likely that most Americans know how many bank accounts they currently have open. Money, especially in this day and age, is incredibly valuable and most people don’t like to lose sight of it for too long. When you have money in a bank account, you know exactly how much is in there and how many accounts you have. However, did you know that there are millions of dollars in lost money in this country and much of it can be attributed to abandoned bank accounts? 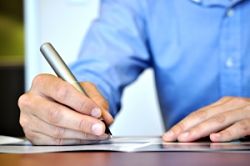 As strange as it may sound, some people lose track of their bank accounts only to find out years later that they have money coming to them.

The great thing is that you can help by starting a simple search using your first and last name in our database at www.CashUnclaimed.com which will check for you nationwide. Then you would finally be one of the people out there taking this growing matter into their own hands and possibly coming out a little richer in the process.

Then there’s the even more unfortunate group that never finds out about the lost money at all. Sometimes when money is misplaced with a small bank who either changed locations or went out of business it takes years for the funds to be redirected and sent to a government official who will have to figure out what to do with it. This would be in the not so common cases where they tried to reach out to the actual owner of the funds but could not reach them for some reason or another. If you re located and did not leave a forwarding address, or maybe moved back to an old address that hasn’t been updated as a current one then that can cause not only confusion but also delays.

By this point you’re probably wondering how those abandoned bank accounts and lost money really work. I mean, how can anyone really be in any type of situation that would actually make them forget about any type of bank account that could possibly be holding any types of funds in it under their name…

You may not be able to imagine a situation where someone would abandon their bank account. Consider what would happen if you had to move out of the state abruptly and you only had a few dollars in your account. You might think that such a small balance isn’t even worth going into the bank to close the account. So, you move out of state and the money becomes lost, misplaced and unaccounted for. It’s only years later that you find out that your money has compounded with interest and you have a nice little lost money nest egg waiting for you. 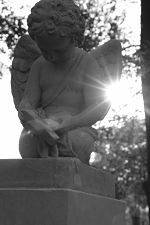 Sometimes people leave abruptly due to an illness or death in the family, a really great job opportunity or sometimes even to follow their heart or a deep down passion they have always had. Sometimes the excuse to leave without wrapping up even these tiniest of loose ends doesn’t turn out to be a good one at all. These are only a few examples of how abandoned bank accounts are not only possible, but how and why they’re still happening with increasing regularity.

This entry was posted on Tuesday, November 13th, 2012 at 3:43 pm and is filed under Lost Money. You can follow any responses to this entry through the RSS 2.0 feed. Both comments and pings are currently closed.