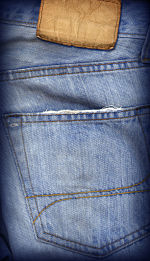 Every single year millions if not billions of dollars go missing from the accounts and pockets of Americans all over the nation. This money comes from lost paychecks, unreturned security, utility and rental deposits. It even comes from bank accounts and safe deposit boxes and storage units that have been abandoned or left behind as well as many other sources. All of this missing money accumulates and puts undue burden on state and federal officials year after year. It’s known as a nationwide missing money problem and something needs to be done about it before it gets way out of hand.

What Is The Missing Money Problem?

For those who are missing money, the problem is apparent. Obviously, the families who are owed money would rather have that money back then have it just sitting in state and government accounts. This missing money problem hits straight to the heart of all of those families who are currently struggling to make ends meet. Even those individuals or families that are not currently struggling with the economy or trying to keep money  in the bank could always use a little more as a nest egg or for savings. If you are one of the millions of Americans raising children in this country then you could imagine how much this money would really help you out. Helping you and your family by putting food on the table, paying the utility bills, keeping a roof over your families head and even saving up to one day send your children to a top college.

For the states and federal government, the missing money problem is one that puts undue strain on state and federal resources. All of that missing money must be accounted for as well as managed. That takes an increase in government personnel and the money needed in order to pay those individuals to continue to do a good job. It takes even more money to hire new treasury agents or helpers to help get this problem under control in states that have very limited office personnel. With most states hurting and struggling economically, there just is not enough money to go around that we are able to throw at the situation. No, it appears that the missing money problem is one that is set to get worse before it starts to get better.

With the amount of money missing nationwide reaching into the billions of dollars, it is clear that something must be done. It all starts with each and everyone of us citizens at home. If everyone of us were to conduct a free online search for missing money, we might see this nationwide missing money problem go away completely. Actually if each of us did conduct a free online search for missing money, not only would it help our struggling economy but it will really help the individuals that have been struggling for quite some time. This in turn would help increase a sense of community in every state across the United States. 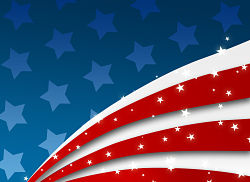 Once you search for missing money nationwide, you’ll be able to see almost instantly if you have money available. You will then be able to claim that money by providing proof of identity by way of a state or government ID or maybe even old utility bills or bank statements. The money can then be mailed out to you either via check or sometimes it can even be forwarded directly to your bank account.

Missing money may still be a problem right now, but if everyone were to conduct a free online search for missing money across the nation, we might finally see an end to this issue in the near future instead of sitting by and watching this problem continue to rise.

This entry was posted on Wednesday, October 24th, 2012 at 3:54 pm and is filed under missing money. You can follow any responses to this entry through the RSS 2.0 feed. Both comments and pings are currently closed.