Why There Still Is Unclaimed Funds In California

You would think with California’s economy in such dire straits that state officials would use all the money at the state’s disposal to try and rectify the situation. Yet the state still has millions of dollars in unclaimed funds sitting in its treasury coffers. Unclaimed funds in California are growing out of control, this according to local news affiliates that have picked up the story here and there throughout the years. The state could use the money, but yet it just sits there collecting dust, not doing anyone, the State or the individuals it belongs to, any bit of good. What can we do about this situation but watch it grow further out of control? 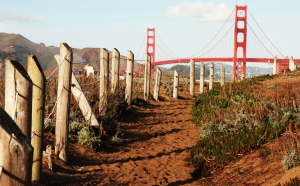 State officials seem to have their hands tied. With no money to throw at the situation in an effort to grow state-wide support and hopefully correct the situation from the outside in, we can only wait and hope the problem fixes itself. Unless we can find other, less costly solutions that we can easily put into place.

No economy is going to fix itself. If that were the case, California probably would have been healed of its economy hardships years ago. And with the unclaimed funds in California putting even more of a burden on State officials, they can’t even afford to sit around and wait for the problem to correct itself. This means that it is up to the people, the average citizens of California, who may be owed these unclaimed funds. They can’t track each individual down and make them claim their money. Each state can barely afford the cost involved with maintaining accounts and in some cases storage for these unclaimed funds and properties.

These unclaimed funds in California – yes the ones currently sitting in state treasury accounts and the unclaimed funds coming in all the time – come from a variety of sources. Sources from simple things like uncashed paychecks, unclaimed insurance settlements, unclaimed funds in the form of inheritance money and unreturned utility deposits are just a few examples of where these types of unclaimed funds can come from. This makes the problem hard to track and adds to the issues that make officials’ jobs much harder to deal with.

It also distracts our State Officials from being able to concentrate fully on their own jobs or other more important issues at hand. I mean, how can we expect these same officials to do a great job on their daily duties when they are being distracted and being bogged down by the pressure our Country 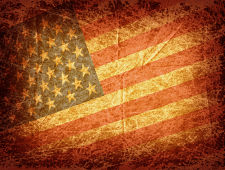 has been putting on them to get this issue resolved. If we could work together to clear this issue up it would not only put money back in the consumers pocket but would also free up a decent amount of time that would be better spent fixing other current state to state issues.

So it seems it really is up to us, the citizens of California as well as nationwide, along with all those former citizens who may have California unclaimed funds holding up the state’s economy. Even is you were not in California for a decent length of time but collected a pay check, paid any taxes or even opened any accounts, you may be one of the residents on this list. Simply search for your first and last name and let’s help put an end to the unclaimed funds in California problem forever.

This entry was posted on Monday, October 22nd, 2012 at 6:51 pm and is filed under Unclaimed Funds. You can follow any responses to this entry through the RSS 2.0 feed. Both comments and pings are currently closed.