The Problem With Unclaimed Property

State Treasury officials across the country are baffled by a growing unclaimed property problem. In all 50 States, it appears that unclaimed property is flowing in at alarming rates and there doesn’t appear to be any slow down anytime soon. While officials have some ideas how to stop the problem, most of those ideas cost even more money that the States in question just do not have. In the end, it is going to be up to the citizens who are owed unclaimed property to come forward and claim the property before the problem as we know it gets any worse. 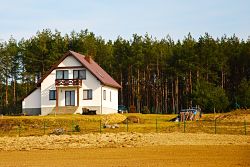 problem comes from many different types of sources. Some of the assets that are held in unclaimed property vaults are from abandoned safe deposit boxes, forgotten bank accounts, old savings accounts and in some cases even family trust funds. Other assets come from places like storage units, cars, commercial buildings and then you have entire houses, plots of land and even more.

The reason the unclaimed property problem is growing out of hand is because most people have no idea the problem even exists. If you ask the average person if they have unclaimed money or property somewhere in a state account, they’ll probably laugh at you. The thinking is that people will know if there are assets out there waiting on them and anyone who tries to tell them differently is probably trying to scam them. It also depends on the type of people and how organized and on top of their finances they really are, regardless of if they would admit it or not.

So this is the problem that most State Treasury officials are still constantly running into. When you tell average US citizens that they might have unclaimed property out there, they usually think you are trying to get one over on them and pull a fast one. Yet this is not just free money and it certainly is not free stuff, not technically anyways. 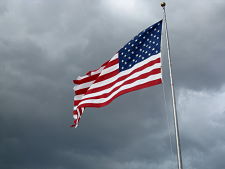 The people in question actually own this stuff outright and the assets that are part of the unclaimed property problem all need to be claimed if we hope to eradicate and stay on top of this issue once and for all.

It really is up to all of us, as American citizens, to search for unclaimed property nationwide. Once all that property is claimed, State Treasury officials will be able to deal with more important issues like how to get the economy back in shape. Heck, with the money our state treasuries will save on tracking down and maintaining these unclaimed properties and assets they can even put these saved funds right back into their home states. That would make this situation a win win for everyone across the nation!

This entry was posted on Thursday, October 11th, 2012 at 4:01 pm and is filed under Unclaimed Property. You can follow any responses to this entry through the RSS 2.0 feed. Both comments and pings are currently closed.