What Happens If You Find Lost Escrow Amounts?

If you search the Cash Unclaimed database trying to retrieve your lost escrow amounts and you happen to make a match, you’ll be able to see instantly how much money you have hanging out there in limbo. For many people, they’re completely unaware that there’s a thousand dollars or more sitting in a lost escrow account in a treasury office somewhere. These people would be very pleased to know that you can retrieve your lost escrow amounts by searching for your first and last name on Cash Unclaimed.

A lot of people not only don’t realize that they have any funds out there under their names but many don’t really understand how these funds came to be lost in the first place. With lost escrow amounts it is easy to understand how the sum comes into play from the beginning. A title or escrow company will create a pad and over collect on fees to make sure anything that might come up will be covered. Like an additional inspection or a re certification on the appraisal once more conditions are met and signed off on. Many times, especially in new purchases or with first time home buyers, people don’t realize that there was a pad being held or that they are in fact entitled to a refund of whatever was not used. 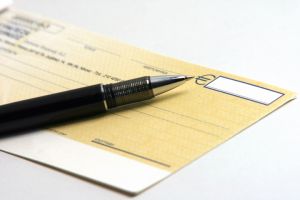 Many times in a loan closing the refunded pad will be sent automatically by check to the borrowers address but what if that address is no longer where they reside or maybe it was an address of a family member so they could qualify for the loan or what not. In these cases these checks either end up coming back to sit in your escrow account with the title company or sometimes they just get lost completely. In other cases when the loan is either commercial or has to do with construction, these pads are much higher and are not even settled out to see what is left for years, usually until completion of the construction. This should flag anyone and everyone who has ever had a loan to think about their last close and see if they remember being refunded any of their pad from escrow.

If you think that you may have lost escrow accounts out there, and even if you’re just curious, you owe it to yourself to pay Cash Unclaimed a little visit. There are billions of dollars in unclaimed or missing money in treasury offices and in corporate accounts nationwide. Cash Unclaimed can help you uncover any of that money, including lost escrow amounts.

Even if it’s ten dollars, it’ll be worth it; but like most lost escrow amounts, it’s probably worth much more.

This entry was posted on Thursday, July 18th, 2013 at 10:32 am and is filed under lost escrow amounts. You can follow any responses to this entry through the RSS 2.0 feed. Both comments and pings are currently closed.