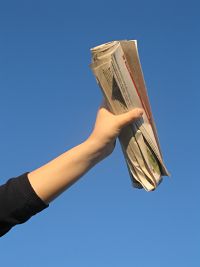 Ohio’s Director of the Department of Commerce, David Goodman, is attempting to raise awareness for the ‘2012 Unclaimed Funds Treasure Hunt’. Searching for Ohio unclaimed funds used to be a chore, but today residents only need to read the Reflector to see if they have unclaimed funds in Ohio waiting for them. They can even check nationwide with online search databases in case they have previously relocated.

The unclaimed funds in Ohio vaults is the result of money that has been left behind, lost and forgotten. It’s hard to believe that so many people would leave good money behind, but it happens nearly every day. Some common examples of Ohio unclaimed funds include previous paychecks that haven’t been cashed, utility and rental deposits that were never returned, money from dormant or abandoned bank accounts, undelivered stock certificates and even insurance policies that have never been cashed out. 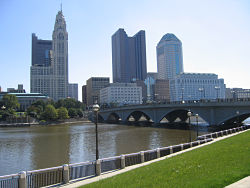 That staggering amount represents money that isn’t doing Ohioans or the state’s economy one bit of good. It is actually doing more harm then anything else, costing the state thousands of dollars per year just to track and maintain these growing unclaimed funds.

Seeing those figures, it’s easy to see why Commerce Director Goodman made the decision to publish the unclaimed funds in Ohio’s Reflector. Residents all over Ohio are going to be thrilled when they read the unclaimed funds in Ohio list and see their name next to an unknown sum of money. Some will find ten or twenty dollars and some will find hundreds. Some may even find thousands. According to Goodman, in fiscal year 2011, the average claim was for $1,318.

Read the Reflector to find out if you have unclaimed funds in Ohio. Or you can conduct a search here online, which will not only search for Ohio unclaimed funds, but it will also search the Treasury databases in all fifty states and the federal government to see if you have funds available. How much do you have out there? Search for unclaimed funds today and find out.

This entry was posted on Friday, October 5th, 2012 at 6:25 pm and is filed under Uncategorized. You can follow any responses to this entry through the RSS 2.0 feed. Both comments and pings are currently closed.