Make A Bet On Lost Funds In Nevada

You don’t have to go to Vegas to bet on big money in Nevada. If you live in the state or you used to reside there, you may be able to claim lost funds in Nevada to the tune of hundreds or even thousands of dollars. If your name matches one of the names on the state’s Nevada lost funds registry, you’ll be able to claim what’s rightfully yours. To find out, you need an Internet connection and a name. Are you ready to find out if you have ever lost funds in Nevada? Step right up and learn how.

This is a preview of: Make A Bet On Lost Funds In Nevada(3 images, estimated 0 secs reading time)

Nevada Still Has Money To Be Found 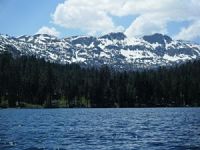 Every year people flock to Nevada to try their hand at the latest table and slot games in the state’s infamous Las Vegas. Yet people seem to forget that the state is currently sitting on millions, if not billions, in found money. Instead of trying your hand at blackjack or Texas Hold-em, you could be searching for thousands or more in lost or missing money that is just sitting in the state’s treasury office.

Why Everyone Has Forgotten Nevada Found Money

This is a preview of: Nevada Still Has Money To Be Found(353 words, 1 image, estimated 1:25 mins reading time)

Actually, the whole of United States have been stunned by the news of unreturned and unclaimed money kept by the state’s treasury. Around $400 million worth of cash and properties were collected for proper return in the said state. Texas, Missouri and Montana rise up on the list as well with over a half-a-billion dollars worth of money. And as for Nevada, huge amounts of tax refund accounts were uncovered and set for return anytime by the government.

This is a preview of: Nevada Unclaimed Tax Refunds Set to Expire: How to Claim Quick(572 words, estimated 2:17 mins reading time)