Why Missing Funds in Delaware Are on the Rise 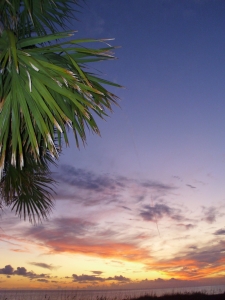 The state of Delaware is experiencing a assive uprising, but it’s not what you think. It’s not people that are rising up in the first state of the union to ratify the Constitution, but it’s money. It’s Cash. Moola. Smackeroos. It turns out that the Delaware state Treasury is holding onto millions of dollars in missing funds. The state didn’t lose the money. The people did; and that’s where this uprising takes place. If you live in Delaware right now or you used to live in The Diamond State, you might want to do a little searching. You might be one of the hundreds of thousands of lucky Delawarians who are owed missing funds.

This is a preview of: Why Missing Funds in Delaware Are on the Rise(384 words, 2 images, estimated 1:32 mins reading time)

How to Find Money in Delaware

With Delaware being such a small state, you would think that finding anything you were searching for would be very easy to find; including lost or misplaced money. It is a fact that Delaware has a large stock of misplaced money, but the money wasn’t misplaced like you might think. Instead, the cash was found by the state’s treasury and treasurers had no other option than to hoard the bills, checks and accounts into a single vault; and there the Delaware found money has grown to out-of-control levels. Your job as a Delaware state resident, or even a former resident if you think that some of this lost and found cash may be yours, is to search Cash Unclaimed for any money you may be owed. You never know how much you may collect just by conducting a search.

This is a preview of: How to Find Money in Delaware(366 words, 2 images, estimated 1:28 mins reading time)

More states are considering the use of unclaimed money for the benefit of the state. The prolonged economic slump has forced a lot of state governments and agencies to rethink their operational and financial strategy. It is hardly surprising that the state of Delaware, like California, is fighting hard to continue the various development projects. Taking a cue from California, Delaware is trying to utilize a key source of revenue: state unclaimed money.

This is a preview of: Like California, Delaware is Eying Unclaimed Money(529 words, estimated 2:07 mins reading time)