Do You Have Unclaimed IRS Money Available To You? 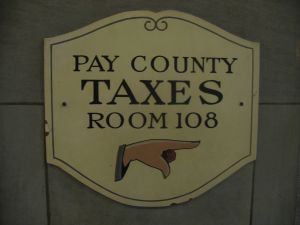 Every year on April 15th, Americans across the country are supposed to file their tax returns with the Internal Revenue Service. Some people expect to get money back from the IRS in the form of a tax refund; but it’s not uncommon for some of that money to go missing. Tax forms are filled out incorrectly all the time and IRS agents are only human after all. Call it an accounting error on the behalf of the filer or a mistake on the behalf of the IRS; that money still ends up in limbo. And most filers don’t even realize that they have unclaimed IRS money being held in their name. The state Federal Treasury department is responsible for holding your unclaimed IRS money, if that money does indeed exist. If you think there is a chance that the IRS may have held money back from you, you are encouraged to visit Cash Unclaimed, a nationwide database that specializes in helping Americans everywhere recoup the money that’s owed to them.

This is a preview of: Do You Have Unclaimed IRS Money Available To You?(538 words, 1 image, estimated 2:09 mins reading time)

The state of Arkansas is holding onto millions of dollars in unclaimed IRS refunds and one of those checks could belong to you. This is the message the Arkansas state government would like to extend to all current and former residents. Each year at tax time, the IRS is forced to issue millions of tax refunds to residents across the state. Sometimes these checks end up lost or misplaced and that results in the state holding onto the money until the resident can come forward. If you want to learn how to claim unclaimed IRS refunds in Arkansas, let’s follow the trail of a typical tax refund as it goes from the IRS to the Arkansas Treasury account vault.

This is a preview of: Arkansas Has Unclaimed IRS Refunds(416 words, 2 images, estimated 1:40 mins reading time)

Unclaimed Tax Money for ME???

Did you know, there is over $1 billion money that was left unclaimed from 2008 tax refunds??

Does any of that belong to you? If you did not file in 2008, the chances are high!

In order to find out if any of this unclaimed tax money belongs to you, check out CashUnclaimed.com, the largest unclaimed money database in the world!

Log on to www.cashunclaimed.com today, and you can search it’s large database for free!

How much of that money belongs to you? There is currently $30 billion or more unclaimed money in America. Almost EVERYONE is owed something. Find out how much you are owed today! Use CashUnclaimed.com, the largest and best unclaimed money database in the world to do your search for free!

Did you know that you could have unclaimed tax refunds from previous years?? It is likely that you may, if you have not filed in recent years.

The law only allows the IRS to hold on to this money for 3 years, so it’s a good idea to search for your unclaimed IRS money before it expires!

CashUnclaimed.com is the best website to use when making the search! Log on to https://www.cashunclaimed.com today for your free unclaimed tax refund search!

I’ve been reading some news articles lately, and apparently there is MILLIONS in unclaimed IRS money! Wouldn’t it be nice to get an IRS refund from years back? I know I would love it!

This is a preview of: Tips for Finding Unclaimed IRS Money(506 words, estimated 2:01 mins reading time)