What Happens To Unclaimed Lottery Funds In New Jersey 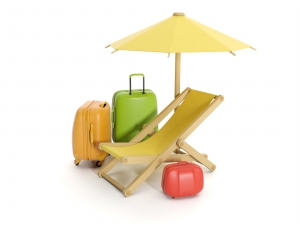 Everyday millions of people purchase lottery tickets in New Jersey. These hopeful men and women stand in line at grocery and convenience stores with their dollars in hand hoping that they’ll have a chance to win a mega-jackpot that will see them set for life. As they say, you won’t win if you don’t play. If you are included with the New Jersey lottery playing group and you’ve ever won a jackpot, you may have left some of your winnings behind in your mad rush to go on a much needed vacation! This is in fact a growing epidemic called unclaimed lottery funds. If you suspect that you may have been shorted by the lottery commission, there is a new and easy way to find out.

This is a preview of: What Happens To Unclaimed Lottery Funds In New Jersey(439 words, 2 images, estimated 1:45 mins reading time)

Finding unclaimed lottery money is one of the easiest ways to increase finances and become rich instantly. Savings and investments are some of the ways that guarantee return but on a long term. Lost money or property is the most underestimated and the easiest ways by which you can make money by sitting at home. Many of us are not even aware of the fact that we have unclaimed money scattered around in the form of properties or unclaimed lottery jackpot.

Strick it RICH With Unclaimed Money!

Could YOU be the next recipient of unclaimed LOTTERY money?? THis could make ANYONE an instant MILLIONAIRE!!

Unclaimed money is far too common a thing among the US. Unclaimed lottery wins are more common than they should be! Who wins the lottery and doesn’t know?? Possibly YOU??

Find out today with CashUnclaimed.com! Search for FREE!!

Posted in unclaimed lottery | Comments Off on Strick it RICH With Unclaimed Money!

Did you know a few states are experiencing unclaimed lottery money? Rhode Island has a $336.4 million powerball winning still unclaimed, among other states.

Could this belong to you? To find out, go to https://www.cashunclaimed.com, and search for your unclaimed money today, all for free!

Where Does Unclaimed Lottery Money Go?

Maybe you bought a lottery ticket for the Powerball and because the odds of winning are so small, never checked to see if you have won. Maybe you bought a lottery ticket for an instant game or draw game and promptly lost the ticket. How do you know you are not someone who is due unclaimed lottery money? There are always news stories about lottery winnings that are never claimed, sometimes in the millions of dollars.Just last year, a Powerball ticket purchased in West Georgia worth $77 million dollars went unclaimed. It’s painful to think that someone could be sitting on that kind of money and just carelessly let it go, but it happens all the time. So, what does happen to all of that money? The answer depends on the state in which the unclaimed lottery ticket was purchased.

This is a preview of: Where Does Unclaimed Lottery Money Go?(549 words, 2 images, estimated 2:12 mins reading time)