The New Jersey found money problem has reached the breaking point and state officials are wringing their hair out as they attempt to find a solution. The state treasury is currently managing millions of dollars that belong to residents all across the state. This money once was in their possession, but for whatever reason it is now in the state’s possession. And if the state doesn’t return the money to the residents soon, and if the New Jersey found money problem continues to escalate, the entire state’s economy could be in trouble.

The Difference Between Lost Cash And Found Money

Even though lost cash and found money may sound very different from one another, the US treasury sees them as one in the same. You might think of lost cash as someone dropping a twenty dollar bill on the ground accidentally, or maybe even being money or funds that were stolen from you or unfairly taken in some other way. This might lead you to think of found money as someone coming along and picking up that bill sometime later or maybe even like stumbling upon a hidden treasure chest. Yet the US treasury sees lost cash and found money as something that the average US citizen needs to get a handle on and learn all about.

This is a preview of: The Difference Between Lost Cash And Found Money(395 words, 2 images, estimated 1:35 mins reading time)

Even Kansas Has Money Waiting To Be Found

In the state of Kansas, it is up to the state Treasurer to account for and return found money to the rightful owners. And it seems that Ron Estes is up for the job. With a regularly updated website and an active campaign designed to help rid the state of this lost and found money problem forever, it seems that Kansas is doing all the right things when it comes to managing the untold sums that continue to flow in year after year. Where does lost and found money come from and how is Ron Estes helping people locate that money? Let’s delve a little deeper to find out.

This is a preview of: Even Kansas Has Money Waiting To Be Found(463 words, 1 image, estimated 1:51 mins reading time)

Finding Money Has Never Been Easier

Ever since money has been invented people have dreamed of finding it. Finding money has been the subject of countless books, movies, TV shows and even urban myths. 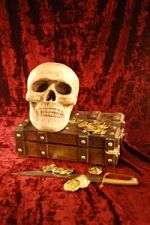 We hear stories of people finding money in taxi cabs, people uncovering chests of gold doubloons on some beach somewhere and, most recently, a couple found hundreds of thousands of dollars worth of gold dust in their home’s aging ventilation system.

This is a preview of: Finding Money Has Never Been Easier(404 words, 1 image, estimated 1:37 mins reading time)

Did you know that you can possibly find money online? You may have heard millions of times that you can win money online by taking a simple survey, signing up for future promotional e-mails or by joining a website. You also may have even been told that you would be given free money online for several different types of reasons like a government grant or taking part in an event. But we are not talking about any type of contest or giveaway like that or any that you may of heard of before. The money that we are speaking of might actually already belong to you.

This is a preview of: Ever Found Cash Online? Search Your Name Today(711 words, 2 images, estimated 2:51 mins reading time)

Have you moved but forgotten to close your bank account? How about that utility deposit refund that you have not yet received? What happens to all that money? Very few people can answer these questions, making these appear as well kept secrets. Although information about government unclaimed money is not a secret anymore, millions are still unaware of these funds that actually belong to them.

This is a preview of: Secrets of Government Unclaimed Money(366 words, estimated 1:28 mins reading time)

Some credit card companies trying to stay ahead of fraud

Your credit card company may be one that monitors your spending habits. Then you take a trip somewhere out of your ordinary route. The vacation of a lifetime could become a nightmare.

You want to pay for a purchase using your credit card and it is denied. You only have this credit card with you. You try to call the 800 number, this does not go through because you are now in a foreign country where the 800 number is invalid.

This is a preview of: Some credit card companies trying to stay ahead of fraud(464 words, estimated 1:51 mins reading time)

Were you aware that you have a score for bankruptcy? Read on for details.

You probably already know about your credit score. That’s the number that creditors use to say yeah or nay on loans, increase your your credit card limit or perhaps prevented you from the lowest interest rate on your dream car. Well there’s another scoring tool you should know about. This one is called the bankruptcy risk score.

This little secret has been kept hidden from consumers for nearly 20 years.

So if you have a score what were you graded on? Your ability or likeliness to file for bankruptcy.

This is a preview of: Bankruptcy risk score.(500 words, estimated 2:00 mins reading time)

Posted in Found Money | Comments Off on Bankruptcy risk score.

Here is another story about found money

You often see or hear about people being reunited with their money. You never think it could happen to you, but it can. Read on for a North Carolina story.

Bill Isley, much to his astonishment was told the state had approximately $3,650.00 for him to claim. The money was from a sport utility vehicle he sold more than 10 years ago.

Per Isley, the transaction just got misplaced, he moved on into a new job and things just got lost in the shuffle. This is the typical scenario for lost money.

This is a preview of: Here is another story about found money(219 words, estimated 53 secs reading time)

This is different, the city recognized a mistake and is now correcting the error. This is happy news for about 5,000 property owners in Port St. Lucie.

Two million dollars sits inside a bank vault in Fort Pierce, waiting for its rightful owners to make their claim.

Three years ago a judge ordered Port St. Lucie to repay owners of 45,000 vacant lots $14.4 million in storm-water utility fees. To date $2 million remains unclaimed, either because the recipients cannot be found, they lost their checks or simply forgot to cash them.