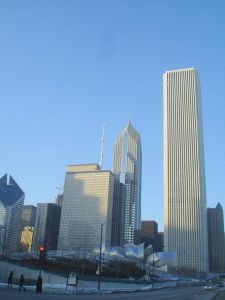 Hundreds of thousands of people are being offered the chance to find lost cash in Illinois, and you may be included. If you live in Illinois or you used to live in the Midwestern state, you may be the rightful owner of tens, hundreds or thousands of dollars. The Illinois state treasury is currently managing millions of lost or missing dollars and so far all efforts to return that money have failed miserably. Now state treasurers are asking for the public’s help. Help the state reunite lost cash in Illinois with the rightful owners and potentially put more money in your pocket at the same time.

This is a preview of: Lost Cash In Illinois(403 words, 2 images, estimated 1:37 mins reading time) 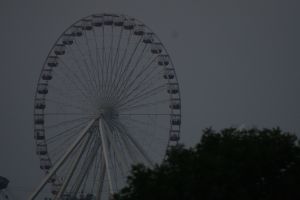 The state of Illinois is bursting at the seams with lost cash and the state’s treasurers are hoping that someone will finally do something about it. No, the state treasurers aren’t hoping for a super hero to save them from their current Illinois lost cash predicament. Instead, they’re waiting on the hard working men and women of the great state of Illinois to step forward and claim what’s rightfully theirs. Illinois lost cash exists in the millions and all of that money is going nowhere fast. Only by stepping forward and attempting to claim lost cash in Illinois can you hope to give the treasurer a hand with this problem.

This is a preview of: Claim Lost Cash In Illinois(492 words, 2 images, estimated 1:58 mins reading time)

Does Illinois Have A Money Problem?

The Illinois money problem is getting so bad that State Treasurer Dan Rutherford is stepping in to help solve the missing money problem in Illinois. Rutherford announced late last year that the ‘Cash Dash’ missing money program would be renamed ‘I-Cash’. On top of that now it is being revealed that 780,000 names have been added to the list. Can you believe that? They put this program into place to solve this ongoing money problem and ended up finding more people who have missing money out there. I guess like most other situations, it has to get worse before it can get better.

This is a preview of: Does Illinois Have A Money Problem?(509 words, 1 image, estimated 2:02 mins reading time)

Illinois Has $1.6 Billion in Unclaimed Property

Reported today in St. Louis Post-Dispatch, the state of Illinois has $1.6 billion in unclaimed property. Illinois state treasurer, Dan Rutherford, has been trying hard to reach out to the residents and encourage them to search for unclaimed money.

The state treasurer of Illinois recently announced his accomplishment of returning 20% MORE unclaimed money than last year! This is a huge percentage compared to most states. The state treasurer has also been able to return $72 million to the owners of unclaimed money, despite the drop in the budget. Last year, the state was only able to return $60 million in the same time period.

This is a preview of: Illinois Has Increased Unclaimed Money Return Rates By Nearly 20%(141 words, estimated 34 secs reading time)