Why the United States Still Has a Lost Property Problem

The United States is the best in the world at a lot of things, but returning the nation’s stockpile of lost property to all the rightful owners simply isn’t one of them. If any enemies – foreign or domestic – threaten us, we will strike them down with a vengeance using our ultra-advanced military industrial complex. Likewise, if anyone around the world wants to know how to look cool, all they have to do is look to Hollywood, New York and all the other ‘hot scenes’ around the country. So we’re the best at kicking butt and looking cool, but solving the lost property problem is way over our heads. It doesn’t have to be this way. The country may be facing a lost property problem now, but with a little attention, we could have this thing licked faster than you say, “Tinsletown”.

This is a preview of: Why the United States Still Has a Lost Property Problem(418 words, 1 image, estimated 1:40 mins reading time)

How Lost Property Will Increase in 2014 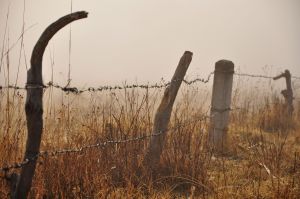 For those who thought that the U.S. had all but done away with its lost property problem, 2014 is going to leave them sorely disappointed. Not only is lost property not going away, it’s supposed to gain speed. From January through tax time and right on through December of next year we should expect to see billions accumulate in respective lost property accounts all over the country. What is one to do about this growing problem? You can start by searching for lost property; once right now and then again at the end of next year.

Even though it’s not often talked about in the news, lost property is still a very real concern for state treasuries all over the country. As more Americans move from one location to the next, treasury officials are seeing an influx of missing or lost property that must be returned to the rightful owners. Treasury officials don’t possess the manpower or the resources to manage all the money that continues to flow in at alarming rates. That is why officials everywhere are hoping for a solution. And it turns out that solution may be found in a simple database called Cash Unclaimed.

How To Find Lost Property

Millions of Americans have lost property somewhere in the nation and up until now the process for claiming that property was almost unheard of. With great effort the word is finally getting out about how anyone can search for and find lost property using a home or office computer or even just their mobile device. Thanks to the latest advances in technology’ the efforts of U.S. treasurers and other state officials who have been alarmed at the influx of lost property that continues to flow into their offices year after year, a worldwide database has been established. This will help to facilitate all initial online searches at Cash Unclaimed for free. In some cases there are fees to reclaim the money but this database will not only provide details in how much, why and to recover what as well as giving you even more options on how to actually go about it or even to do it for you.

This is a preview of: How To Find Lost Property(447 words, 1 image, estimated 1:47 mins reading time)

Locating Lost Property is Made Easier

The words “lost property” would generally make one frantic or nervous. However, one of the most reassuring facts about unclaimed and lost property is that they are safe and secure with the state and federal agencies. Apart from the robust and far-reaching reclaim programs initiated by federal government, state treasuries have also taken very concrete and practical steps to ensure that U.S. residents do not have face roadblocks when looking for their lost funds. Most of the owners of lost funds are now realizing that the process of reclaim is much easier than they anticipated.

This is a preview of: Locating Lost Property is Made Easier(604 words, estimated 2:25 mins reading time)