Why There Are Still Lost Funds in Iowa 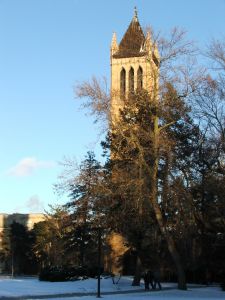 Lost funds in Iowa are still a big problem, and this news may be bittersweet to Iowa residents everywhere. On one hand, the news is bad because lost funds of any kind put a strain on the economy. The more money is in the Iowa lost funds account, the less money is in the pockets and accounts of hard working state residents. Yet the news can be good because it means that a good number of lucky families have a chance to make this holiday season a very lucrative one indeed. It all depends on the ability of residents to search for and find the Iowa lost funds that they have coming to them. In that aspect, there is even more good news. A database known as Cash Unclaimed is offering its services to Iowans everywhere. It only takes a simple search with a first and last name and lost funds in Iowa may soon become a thing of the past.

This is a preview of: Why There Are Still Lost Funds in Iowa(545 words, 2 images, estimated 2:11 mins reading time)

Unclaimed money in Iowa now amounts to over $150 million dollars and that number continues to rise. Even though the media has been silent lately on the whole Iowa unclaimed money problem, that doesn’t mean it’s gone away completely. The problem is here to stay and it is only getting worse with each passing year. That isn’t meant to be a warning. Rather, it’s meant to be a reminder; a reminder that rolling hills of unclaimed money in Iowa are available and all that’s required is for the rightful owners to come forward to make themselves known.

Recently announced in Iowa: A winning lottery ticket still remains, waiting to be claimed. It was reported the lotto draw took place December 29, 2010, and the money still waits for the owner to come forward and make a claim.
Unclaimed lottery money is only one of many forms of unclaimed money.

This is a preview of: Unclaimed Lotto Ticket Remains in Iowa(112 words, estimated 27 secs reading time)

Iowa’s Treasure Hunt has benefited many, reuniting with unclaimed money. A large number of people have already benefited from The Great Iowa Treasure Hunt program and it has already returned over $122 million in unclaimed property to more than 310,000 rightful owners of unclaimed money. In Iowa, unclaimed money was considered unrealistic and out of bounds for the most part. “We get millions of dollars in each year,” Fitzgerald stated. “We believe the best way to find people are to ask others in their community to help us. That’s why we are sending out the top 25 list.”