How to Prevent Lost Cash from Continuing to Grow in 2014 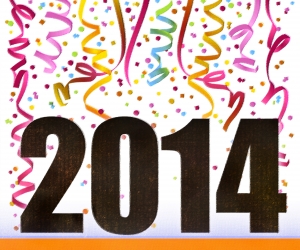 Who would have ever thought that we’d still be having the lost cash discussion in 2014? Yet that is exactly what needs to happen if we are ever going to get rid of this expensive dilemma for good. With billions of dollars still in holding and more pouring in every month, citizens who are owed the money should step forward to claim what rightfully belongs to them. If you suspect that you are in this group, or even if you just want to do your part to stem the flow of this money for good, heed the following tidbits of advice. Four simple steps is all it takes to prevent lost cash from continuing into 2015 and beyond.

There is Still Misplaced Cash in Alabama 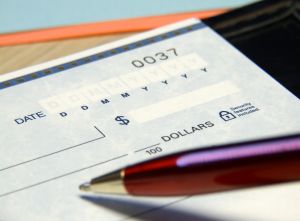 Alabama missing cash is still a pressing problem in the deep southern state. Millions of state residents have misplaced paychecks, social security checks, tax returns, child support payments and 401K accounts. All of these funds end up at the state treasury where they are largely kept and managed, ready for the rightful owners to step forward. If you think that you may be the owner of Alabama misplaced cash or if you are merely curious, you are encouraged to point your browser to a database that you may have heard of. If not, you soon will. The database is known as Cash Unclaimed and it’s only a click away.

This is a preview of: There is Still Misplaced Cash in Alabama(441 words, 2 images, estimated 1:46 mins reading time)

Searching For Cash Has Never Been Easier

If someone walked up to you on the street and offered you cash, you’d probably be wary, and you’d have every right to be. Free cash is tempting, but there’s always that old saying. “If it seems too good to be true, it probably is.” Yet there is a way to search for cash that is free and it doesn’t involve any work on your part. There is no catch and searching for cash doesn’t even involve you getting up from your chair. This lost cash search is ongoing in all fifty states and it just got easier to participate.

This is a preview of: Searching For Cash Has Never Been Easier(413 words, 1 image, estimated 1:39 mins reading time)

2013 Will Be A Huge Year To Search For Lost Cash

It’s a little known fact that unclaimed money and lost cash have reached unprecedented amounts across the country. Right now state officials in New York, Michigan, Texas, Louisiana, Mississippi, Oregon and Florida are scrambling to find ways to return the billions of collective dollars to the rightful owners. The problem is that many of the names on the list have moved, making the addresses and oftentimes phone numbers incorrect. With no way to get a hold of the rightful owners, officials are at a standstill and yet the money continues to pile in month after month. This means that it is up to the citizens of this great country to conduct a search for lost cash on their own. Luckily, this search only takes a moment.

When you search for lost cash, you might find an old 401K account that has grown much larger than when you last saw it. That’s what’s happening more and more as individuals conduct searches for money that somehow become lost and then ended up in State or Federal Treasury accounts across the country. A person typically starts a 401K account because it is offered by their employer. As they continue to work, they will add to their 401K account and oftentimes the employer will match their contributions to create an even bigger sum for the future. The idea, of course, is that the person will be able to retire on the healthy sum that results from years of working for the same employer. What happens, then, when the person changes jobs? What happens to the money in that 401K? As we’ve mentioned, many are finding this lost cash years later in 401K accounts that have long been abandoned.

There Is Still Lost Cash In Texas 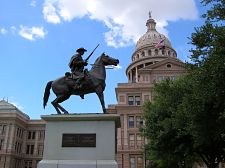 Texas is facing a problem as large as the state itself. Treasury officials are deciding what to do with a staggering $2.6 billion dollars in lost money and how to get Texans to search for it. This Texas lost cash belongs to 1 in 4 Texans and you could be one of them.

Lost cash in Texas is not a new phenomenon. Last year, the state returned over a hundred million dollars to Texas residents and this year that number jumped to nearly $160 million.

This is a preview of: There Is Still Lost Cash In Texas(402 words, 2 images, estimated 1:36 mins reading time)