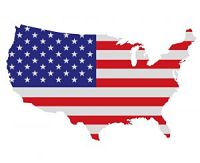 Unclaimed assets grow in amounts every day in all 50 states. Many of the reasons for this increase are linked to the condition of the economy. Persons owed refunds or other assets cannot be located because they have had to relocate due to job loss, foreclosure or some other issue. You may be one of those owed funds or other valuables and totally unaware of this fact. Even within your own state, official efforts to locate the proper recipients of unclaimed assets are typically passive in nature, requiring the individual citizen to suspect that he or she may be owed money in the first place, and then to know how to take action to obtain it.

Most states are attempting to motivate people to claim their unclaimed assets; over 50 states have their individual websites that update data on a regular basis. These websites offer independent searches to anyone who has access to internet. All you have to do is start the search after deciding on the location and then enter personal details in the website like name or social security number for better filtered results. Unclaimed assets searches have been simplified by the state by organizing fairs on a timely basis that offer assistance to a person on a walk-in basis wherein you can search and claim the property on the spot.

This is a preview of: Search for Unclaimed Assets(496 words, estimated 1:59 mins reading time)

Make Money By Claiming It

Unclaimed Property Can Be Auctioned Off By Your State

Unclaimed property can be auctioned off by your state. Unlike unclaimed funds, unclaimed property can be auctioned off at e-commerce stores online. Prices for goods auctioned off are exceptionally affordable. Many states are now partnering with established auction sites to increase traffic and bidding interest in items put up for sale. Repossessed items offered by police auction websites, for instance, include everything from autos, to computer technology to fine art paintings. As states make an attempt to shore up reserves with property confiscated in due process, government sales have become more visible as a solution to cash-strapped treasuries around the United States.

This is a preview of: Unclaimed Property Can Be Auctioned Off By Your State(652 words, 1 image, estimated 2:36 mins reading time)

Iowa’s Treasure Hunt has benefited many, reuniting with unclaimed money. A large number of people have already benefited from The Great Iowa Treasure Hunt program and it has already returned over $122 million in unclaimed property to more than 310,000 rightful owners of unclaimed money. In Iowa, unclaimed money was considered unrealistic and out of bounds for the most part. “We get millions of dollars in each year,” Fitzgerald stated. “We believe the best way to find people are to ask others in their community to help us. That’s why we are sending out the top 25 list.”

More states are considering the use of unclaimed money for the benefit of the state. The prolonged economic slump has forced a lot of state governments and agencies to rethink their operational and financial strategy. It is hardly surprising that the state of Delaware, like California, is fighting hard to continue the various development projects. Taking a cue from California, Delaware is trying to utilize a key source of revenue: state unclaimed money.

This is a preview of: Like California, Delaware is Eying Unclaimed Money(529 words, estimated 2:07 mins reading time)

The unclaimed asset vault is at an all time high. In the government and bureaucratic circles, it is a major concern for the state treasury officials as well as the federal decision makers. After a prolonged phase of planning, State and Federal governments have taken a joint stance towards creating a viable and effective outreach program to spread the awareness about the unclaimed property.

This is a preview of: Tips to Finding Unclaimed Assets  (570 words, estimated 2:17 mins reading time)

What Are Unclaimed Money Assets

This is a preview of: What Are Unclaimed Money Assets(425 words, estimated 1:42 mins reading time)